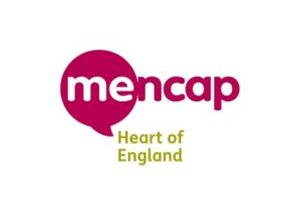 About Heart of England Mencap

Heart of England Mencap is a charity, supporting people with learning disabilities across Warwickshire and Worcestershire. Their vision is to empower people with disabilities to live their most fulfilling life. They offer respite provision, day activities, supported living in owned properties.

Heart of England Mencap has worked with ACUTEC for over 10 years and relied on support of their servers during this time.

Heart of England Mencap has seen a great deal of change within the organisation in the last few years. The charity has gone through a period of growth, yet some of their internal systems and processes hadn’t grown with them. “We were quite behind the curve when it came to technology” commented Edd Terrey, Heart of England Mencap’s Director of Operations. “We knew we needed to put together a digital transformation program across our organisation”.

Heart of England Mencap wanted to develop strong, long-term relationships with key partners to their organisation. They knew that they wanted technology to make up one of these partnerships. They identified what they wanted from their technology and approached ACUTEC with their requirements.

“ACUTEC came back with a robust outline of what they could do for us, and it ticked all of our boxes.”

While ACUTEC and Heart of England Mencap have worked together for a number of years, the charity has only relied on a few services from ACUTEC. “Until recently, “we were only scratching the surface of how ACUTEC could help us.”

ACUTEC proposed moving their files from a server environment, into the Cloud. As a registered charity, Heart of England Mencap can benefit from cost-effective Cloud licensing from Microsoft. ACUTEC moved applications from their server, onto Azure.

By moving systems to the Cloud, Heart of England Mencap’s staff can benefit from working wherever they like. Not being tied to a central server and without the need for VPN access new IT systems will free up the way they work.

“Being able to work collaboratively on documents and have multiple staff editing at the same time has been a game changer for us.”

Heart of England Mencap know they can rely on ACUTEC to resolve any issues with their IT systems. Many charities simply want their IT to work, and don’t want to worry about it. Instead, they want to focus on their mission.

Since the start of this project, ACUTEC have resolved all of Heart of England Mencap’s service requests within SLA timeframe. with swift resolutions, technology isn’t preventing their staff from doing what they need to.

“I always hear really good things about ACUTEC from our staff.” 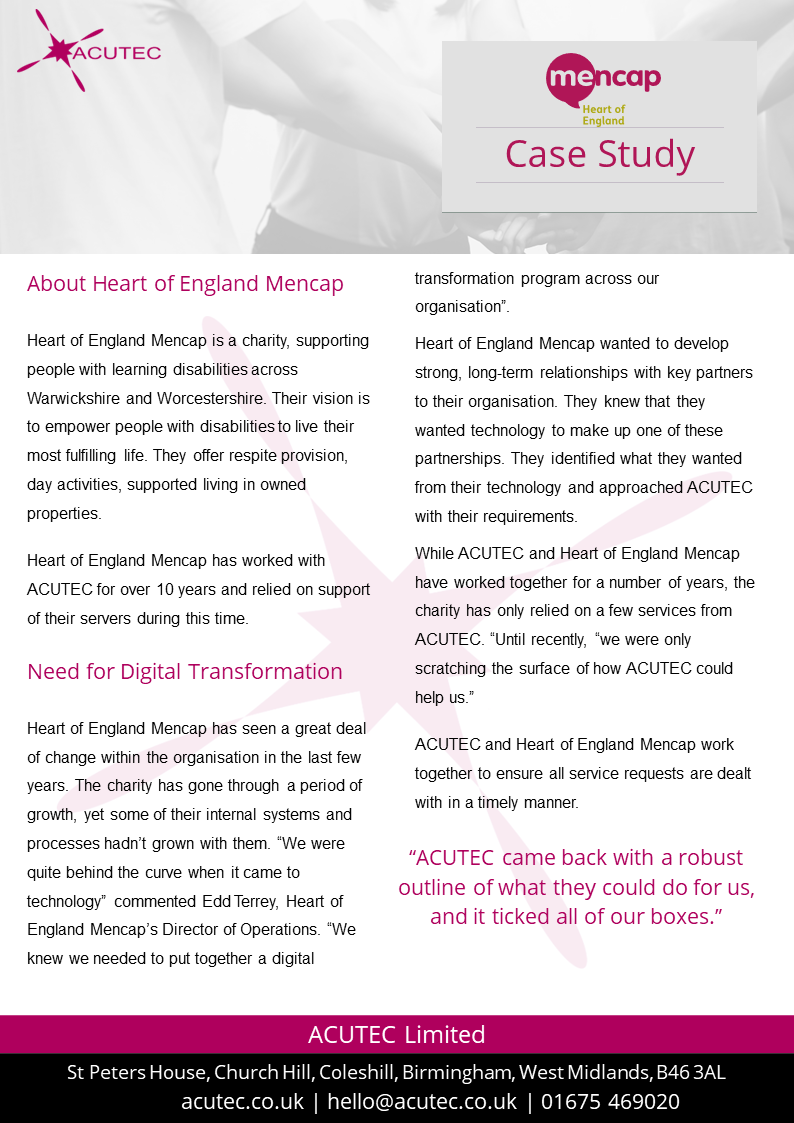