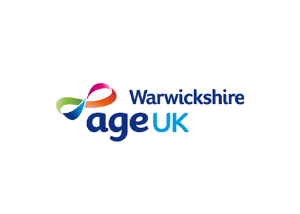 Age UK Warwickshire is an independent charity that forms part of the national Age UK network. The organisation’s aim is to assist individuals over the age of 50 in continuing to enjoy choice and independence in how and where they live their lives. The charity operates from 3 office sites across Warwickshire to be able to deliver its services to over 10,000 people in the county.

Chris Roche, Managing Director at ACUTEC commented; ‘It’s wonderful to know that our specialism in IT Services for non-profit organisations can benefit teams making a real difference in the community.’

IT Support and Services

Age UK Warwickshire has over 100 people needing access to IT to help to deliver its objectives.  The charity engaged with ACUTEC over 10 years ago to provide additional support for the IT Manager. ACUTEC have worked with the charity and IT Manager Reg Johnson to establish an IT infrastructure built around stability and security, while also considering cost-effective solutions.  The charity benefits from pro-active server monitoring that ensures all vital signs are stable, as well as support for its server and other hardware and software.

‘I know ACUTEC’s engineers are good at what they do. When we experienced a server migration nobody even noticed it had happened, there was minimal disruption.’

Age UK Warwickshire had been experiencing connectivity issues for a while. The server was located at the main site in Leamington and other locations were accessing it via VPN. The amount of traffic between sites was causing a bottleneck and severe connectivity issues. To alleviate the volume of people accessing the server, Age UK Warwickshire engaged with ACUTEC to migrate their Exchange server to Office 365’s Exchange Online.

Office 365’s Exchange Online removes the need to invest in physical hardware to support email. Exchange Online is a Cloud based service in which email is hosted in Microsoft’s industry leading datacenters. By migrating the charity’s email to the Cloud, ACUTEC could remove the connectivity issues caused by the number of people attempting to access their email directly without needing VPN access.

ACUTEC’s expertise in providing IT solutions for non-profit organisations ensured that Age UK Warwickshire had full access to the advice and resources they would need. As a registered charity, the organisation can access their Exchange Online licenses as a full donation from Microsoft.  By using a Cloud based service, they will no longer have to invest in any hardware for their email with the added benefit of not having to pay for any licenses.

Age UK Warwickshire know that they have access to the advice and support they need from ACUTEC to ensure that their IT is always running smoothly and their services are operating as they should.

‘We have worry-free IT provision. It just works.’ 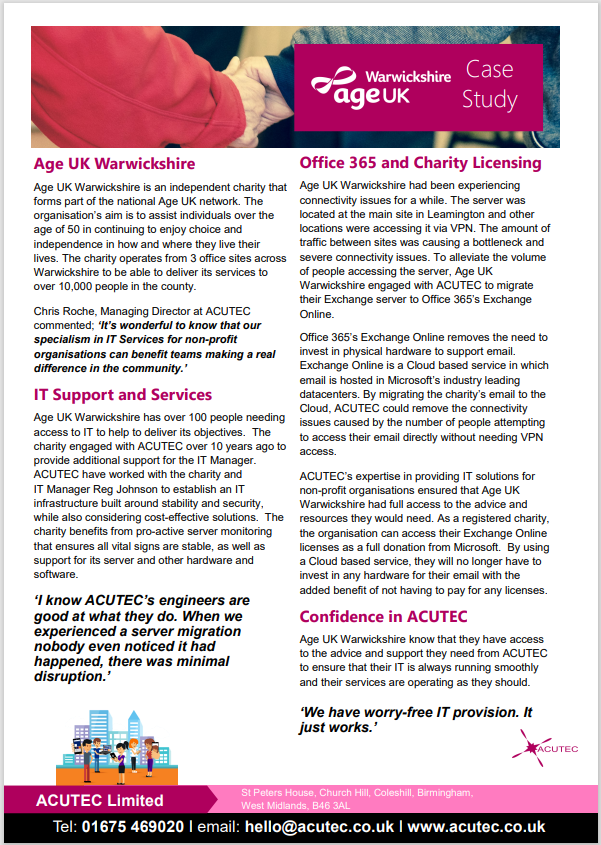