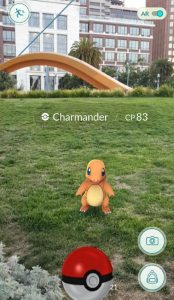 Sometimes it can be hard introducing new things to a business.  People are sometimes far too busy or set in their ways to start using something brand new. Sometimes though, that new thing could change everything for the better.  Communication is becoming more and more digital, especially in the workplace. Yammer is Microsoft’s answer to a private social network for your business to reinforce those digital relationships and make your team stronger. Your teams will be able to start conversations, collaborate on files and organise projects with ease and speed.  We’ve put together some tips to help you introduce Yammer to your business.

Pokémon Go is just the start of the virtual world and real life becoming intertwined. At Microsoft’s Worldwide Partner Conference (WPC) in Toronto last month, discussions were still in full swing for the possibilities of Microsoft’s HoloLens, their holographic computer. Microsoft highlighted the power that virtual reality will have when it comes to learning, using the example that engineers had never been able to have their own jet engine in the classroom. Having partnered with Japan Airlines, they showed how an engine technician was able to participate in a training session during their working day rather than having to book a day out at a hangar weeks in advance. During the demonstration, the technician was able to move and scale the engine to suit her environment and still be able to interact with the reality around her. You can watch the demonstration here.

While virtual reality is beginning to be used in games, the example of Japan Airlines and HoloLens previews how the way we work has the potential to change on a massive scale. Cloud computing is removing barriers constantly. The limits on our businesses and the ways in which we work are being removed making the possibilities endless and very exciting.

What Should You Get From a Time and Attendance System?