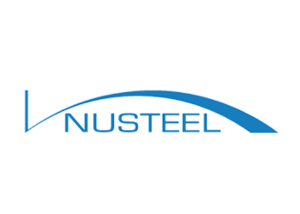 Nusteel is one of the UK’s leading suppliers and manufacturers of steel bridges and gantries to the UK construction industry. Based in Kent, they provide a range of packages from design and build, through to the installation of varying types of steel footbridges, beams and gantries.

For a number of years, Nusteel used software to track how long employees spend on a given task, compared to the amount of time budgeted. Staff would scan the barcode on their job card to clock in and out of a job.

The previous system was in place for a number of years, but started to become unreliable. Being in warehouses for many years took its toll on their card scanners, and it became difficult for the team at Nusteel to find spare parts, or engineers familiar with the systems.

The software itself worked well, but was quite one dimensional. Staff were restricted with what they could and couldn’t do with it. “We wanted a more modern solution – with added features and more up-to-date hardware” commented Cain Elliott, Production Programmer at Nusteel.

A Google search and referral from Trust X Alliance partner ADM Computing led Nusteel to ACUTEC’s software development team. Having decided that ACUTEC were the best fit for them as an organisation, ACUTEC’s developers came to have a look at the existing software. Initially Nusteel wanted a modernised version of their existing system, and the two teams worked together to come up with ways to enhance the software.

ACUTEC’s developers were able to implement a number of improvements, such as the ability to export data directly into a spreadsheet, which Nusteel could share internally. With their previous software, Cain had to print daily reports, make notes and send to the accounts team. Now, being able to export and instantly share has allowed Nusteel to save a significant amount of time and money.

ACUTEC also linked the system to Nusteel’s payroll – combining two systems into one. The software keeps track of who is on site at any given time, with staff clocking in and out of their jobs.

With ACUTEC as their software provider, Nusteel knows there is always someone on hand to help. Cain commented: “they’re very easy to work with. We know we have ongoing support if something were to go wrong”.

“ACUTEC took all of the aggravation away”.

By using a new software, and working closely with its developers, Nusteel know that should something go wrong, or need to be adapted, they will get everything they need from ACUTEC quickly and easily. “They are always very quick to respond and easy to talk to. And when we’re looking for advice on how we can get more out of the software, they’re always on hand to help”. 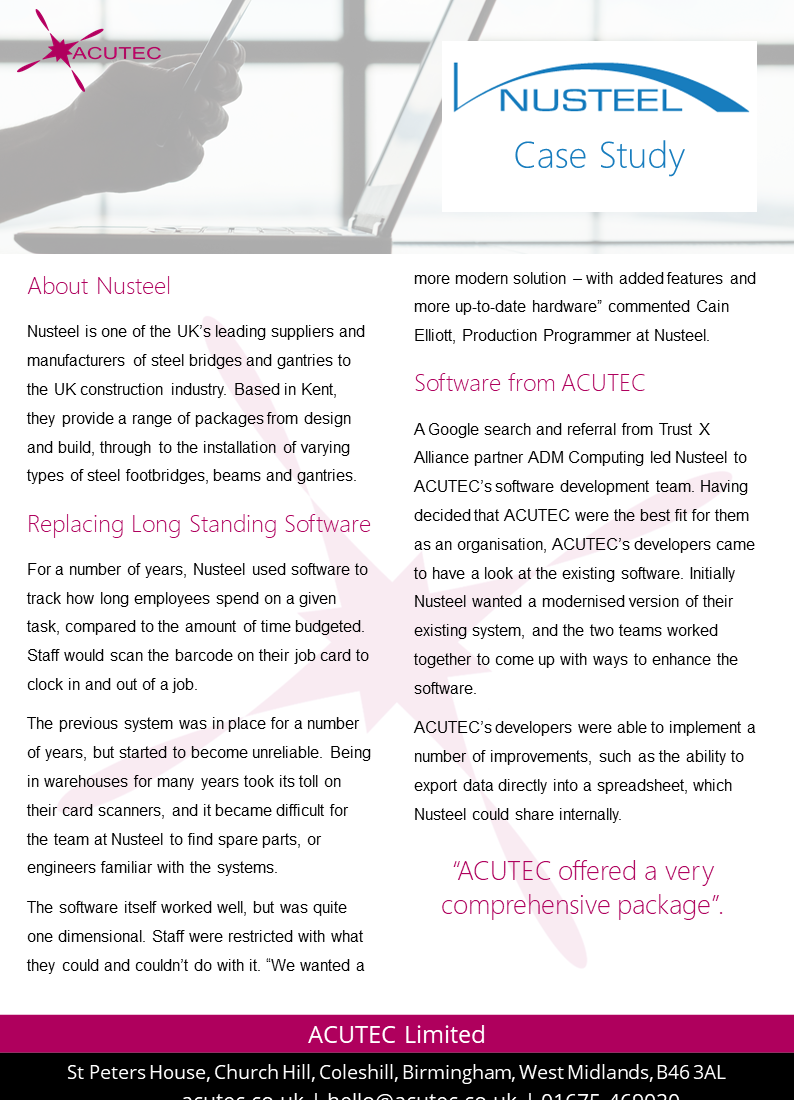