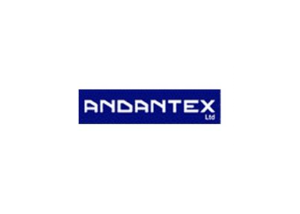 Andantex, based in Coventry, is the UK subsidiary of a French parent company that manufactures and supplies gearboxes for machine tools. It was established in the 1940s and is still going strong, with a presence across Europe and the USA. Its longevity is based on strong knowledge of its market and constantly reinventing its products to meet the needs of customers around the world.

Andantex has used the services of ACUTEC as its IT provider for many years and recently needed to call them in for ‘emergency’ action after a member of staff opened a link on a seemingly innocuous email.

Director Phil Spencer takes up the story: ‘A member of the team received an email which appeared to be from Royal Mail. At that time, she had been liaising with the Post Office with regards to amending some of our details so had no reason to suspect anything untoward from the email. But as soon as she clicked on the link, it started to ‘take over’ our system and was encoding all of our files and documents so we couldn’t get to them.’

The link had actually allowed ‘ransomware’ to attack the company’s server which is where criminals use a virus to encode a company’s systems and documents and demand a ransom to unlock them. Within a few minutes of opening the link, the system was down and Andantex made the SOS call to ACUTEC in the hope that they could restore the system – and fast. ‘We could survive doing things the old-fashioned way on paper,’ Phil said. ‘But that was only for a few hours because the company relies on our IT system to function for everything from orders to invoicing.’

The first message from ACUTEC was to turn everything off in order to prevent the ransomware doing any more damage. Then, within an hour, technicians from ACUTEC were on-site to find a solution. Thankfully, Phil and his team carried out regular back-ups and that meant that all of the company’s documents and data were saved on a tape.

After clearing the systems and server of the ransomware, ACUTEC could begin the process of rebooting and rebuilding from the back-up tape. Phil said: ‘We were without the system for less than a working day, which we thought was amazing considering the attack we had suffered. We were absolutely delighted with the service from ACUTEC and it served as a reminder of how important it is to have a trusted IT company.’

‘We also learnt two very valuable lessons. Don’t open a link unless you are 100 percent sure it is safe and make sure you back-up on a daily basis. If we had not backed-up so regularly we may have been weeks behind on our orders and on our information, which would have cost us a lot of time and money to put right.’

ACUTEC encourages all clients to back-up on a daily basis and, where possible, to move to a cloud solution where the back-up is done automatically and can be checked to ensure it has worked properly. But for those who still back-up on tape, Andantex’s experience is a reminder of just how important it is to ensure the back-up takes place every day to ensure that any IT disaster can be recovered.

‘We were absolutely delighted with the service from ACUTEC and it served as a reminder of how important it is to have a trusted IT company.’ 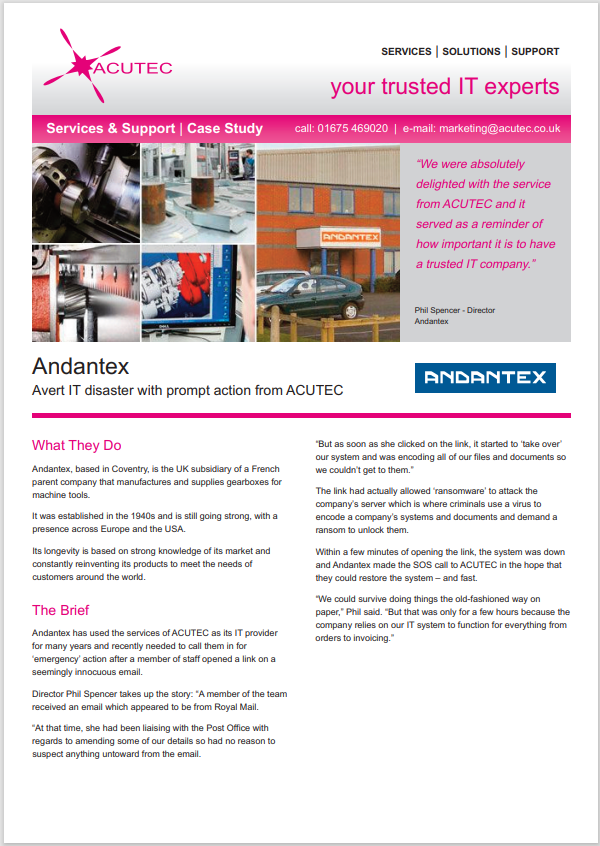