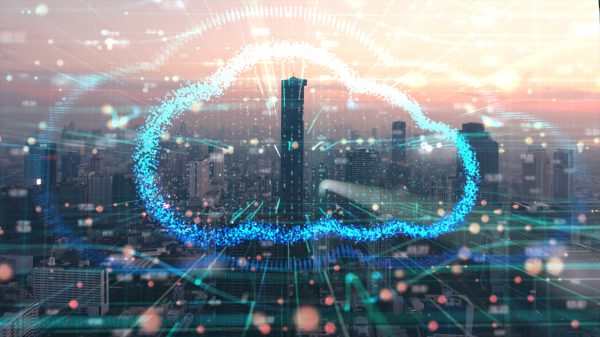 This article is Part 6 in our Microsoft Azure series.

Part 1: What actually is Microsoft Azure?

Part 2: What you need to know about Microsoft Azure

Part 3: What are the Business Benefits of Microsoft Azure?

Part 4: 4 Things You Can Do in Microsoft Azure

When it comes to choosing a cloud service provider, for most organisations there are really only two choices: Microsoft Azure or Amazon Web Services. Of course, other providers do exist, but when you’re running a business that uses the cloud, it’s of the utmost importance to choose a service provider that’s reliable, stable, and secure. That means either Azure or AWS—but which is the best option for your business?

The cloud services that Azure and AWS provide are examples of IaaS, or infrastructure-as-a-service. This is a service model in which a third-party provider—in this case, Microsoft or Amazon—hosts core infrastructure, including hardware and software, plus servers and storage. The service provider is responsible for maintaining the infrastructure, and customers are charged for what they use. The market has been dominated by AWS, largely because this was the first such service to be launched, but Azure continues to make inroads into AWS’s market share. In Q1 2019, for instance, AWS held 38% of the market, while Azure held 18%. However, AWS was down 2% since Q4 2018, while Azure was up 1%. It may take several more years, but there’s little doubt that Azure will eventually catch up.

Features and Services: The Difference Between Azure and AWS

Making your choice between Azure and AWS typically comes down to the needs and wants of your own organisation.

AWS has a pay-as-you-go pricing model, where users pay per hour of service they use. You can purchase instances in three different ways:

Azure’s pricing model is also pay-as-you-go, but it charges by the minute rather than by the hour. This means you benefit from a much more precise model. Azure offers similar pricing models in comparison to AWS, but Azure also offers short-term commitments in addition to 1 and 3-year reserves.

This can be a great advantage for an organisation that’s new to the cloud. It means you can use one or more short-term contracts to determine your resource needs, before locking into a 1 or 3-year contract.

Both Azure and AWS are user-friendly, in different ways. AWS offers a bit more in terms of flexibility and customisation, but the trade-off is a very steep learning curve. On the other hand, Azure is much easier to run “out of the box”, because as a Windows product, it’s designed that way. For instance, it’s easier to build a hybrid environment using Azure than using AWS.

Especially in terms of the onboarding process, it’s likely that most organisations will have an easier time with Azure than with AWS. Most people—even including many IT professionals—feel more at home with Microsoft products.

Another consideration is whether your organisation plans to operate solely in the cloud, or whether some processes will continue to be run on-site. Both Azure and AWS have hybrid options that allow an organisation to choose which applications to move to the cloud, and which to continue running at its own facilities. However, Azure is definitely the winner when it comes to hybrid cloud computing, with platforms such as Hybrid SQLServer and AzureStack, which raises the functionality level of an organisation’s on-premises data centres and enables them to be run either completely or partially connected to the cloud, or entirely disconnected.

In some cases, one simple difference between the two services makes your choice for you. For instance, since Azure operates on the Windows OS and is by design integrated with Microsoft Office 365, if your organisation is already using Windows products and services, Azure is the best choice by far. But, since AWS is a Linux-based service, if your organisation uses Linux and doesn’t use virtual machines, AWS might be the more practical option.

Choosing between Azure and AWS can be difficult, but most organisations will find that either option can meet their basic cloud computing needs. But to really get the best out of the cloud, one option is definitely better than the other. Even though AWS was the first service to be released, in 2002, it’s Azure that offers the best combination of affordable, effective, and user-friendly. This is simply because Azure is a Microsoft product—and although it wasn’t released until 2010, Azure has benefitted from the fact that Microsoft is a mature tech-focused powerhouse, especially when it comes to B2B products and services.

Whichever service you choose, it’s important that your organisation has the right IT skills to make the most of it. It’s also important that you consider your choice carefully, and then commit fully to the service you ultimately decide to use. It can be expensive, time-consuming, and disruptive to switch cloud services once you’ve been using a particular infrastructure for a while—so you must be prepared to stick with your choice for the long term.

If you’re interested in implementing Microsoft Azure in your organisation, contact ACUTEC and see how we can help.

Get more from Azure. Download our free Azure Guide!