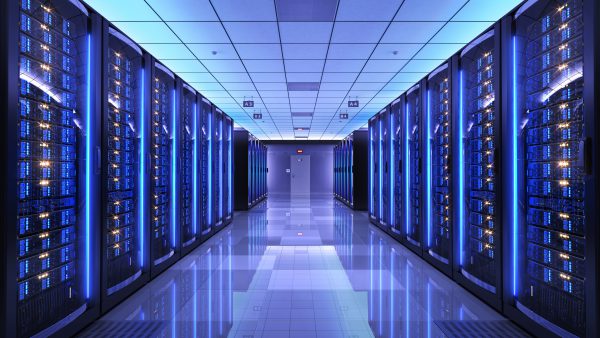 2020 is nearly here, and for some companies, there’s a critically important date coming up in the new year. On January 14, 2020, Microsoft officially ends all support for Windows Server 2008 and Windows Server 2008 R2. It’s only a few months away, and given that updating IT infrastructure is a complicated and time-consuming task, any company still running Windows Server 2008/R2 should already be well into planning for its replacement. If not? It’s not too late to get going—but it’s important to get planning under way ASAP.

What does End-of-Life Mean for Windows Server 2008/R2?

Most software, including all Microsoft products, have a lifecycle policy that provides guidelines on various aspects of the software. This includes guidelines on how long the company will provide support and servicing.

All Microsoft products are limited in terms of how long the company provides support and services. Once a given product reaches the end of its lifecycle, Microsoft stops providing tech support, updates, and other services relating to that particular product. For commercial users, the end of a product’s lifecycle typically means it’s time to upgrade.

This is particularly important these days because without ongoing security updates, software products become vulnerable to hacking, malware, and other forms of cybercrime. Not only that, but many cybercriminals actively target end-of-life software products specifically because they are no longer updated.

This means that as of January 14, 2020, support for all the different Windows Server 2008/R2 versions will end. This includes the Windows Server 2008 versions of Datacentre, Enterprise, Foundation, and Standard, with or without Hyper-V, along with the R2 versions of each. For all of these products, there will be no further free on-premises security updates, non-security updates, free support options, or online technical content updates.

Also note that on the same date, official support for Windows 7 also ends, as this product is also at the end of its lifecycle.

Customers who are still using Windows Server 2008/R2 as the end-of-life date draws nearer have three options for updating or upgrading their current server system.

For customers that are still using Windows Server 2008/R2, Microsoft recommends migrating to Microsoft Azure to take advantage of cloud-based services, before the end-of-life date in 2020. Customers who choose this option will receive a free Extended Security Update, giving them an extra three years of critical and important updates, at no extra charge. They can then modernize their server systems when they’re ready to do so.

Alternatively, Windows Server 2008/R2 users can opt not to migrate to Azure, and instead purchase the Extended Security Update package for their on-site server. Purchasing the package will provide security updates for up to 3 years. This may be the best option for those customers that can’t migrate to a new server product before the end-of-support deadline, and don’t want to use cloud-based services.

Whether or not it’s within the Azure environment, the Extended Security Update package will provide essential security updates for Windows Server 2008/R2 users after the 2020 deadline. However, this package only provides patch support. Users won’t receive any kind of technical support, unless they purchase a separate Microsoft Premium Support contract.

In addition, Windows Server 2008/R2 will not benefit from any further feature updates after January 14, 2020, regardless of any other factors. So, in comparison to newer Windows Server products, users of the 2008 version will fall behind users of current products, and the disparity will only grow as time goes on.

For many organisations, the optimal solution is to upgrade to Windows Server 2019. This option is often best for those organisations that want an independent on-premises server, and that have an in-house IT department running its existing server environment. Some may choose to run a hybrid server environment, with a combination of both on-premises server hardware, and the use of Microsoft or other cloud services.

Depending on the organisation’s current situation, however, this may prove to be the most costly option. In addition to upgrading the software, some organisations may find they also need to upgrade server hardware, too.

What to Do Next

If your organisation is currently wrestling with the question of how to deal with existing Windows Server 2008/R2 systems, it’s definitely time to act. Whether that means migrating to Azure, or upgrading to Windows Server 2019, vital to start thinking about how best to deal with your servers, and to start planning a system upgrade or migration.

Talk to ACUTEC today to discuss replacing your Windows Server 2008.

Get more from Azure. Download our free Azure Guide!