Menu
The Importance of Updating Software 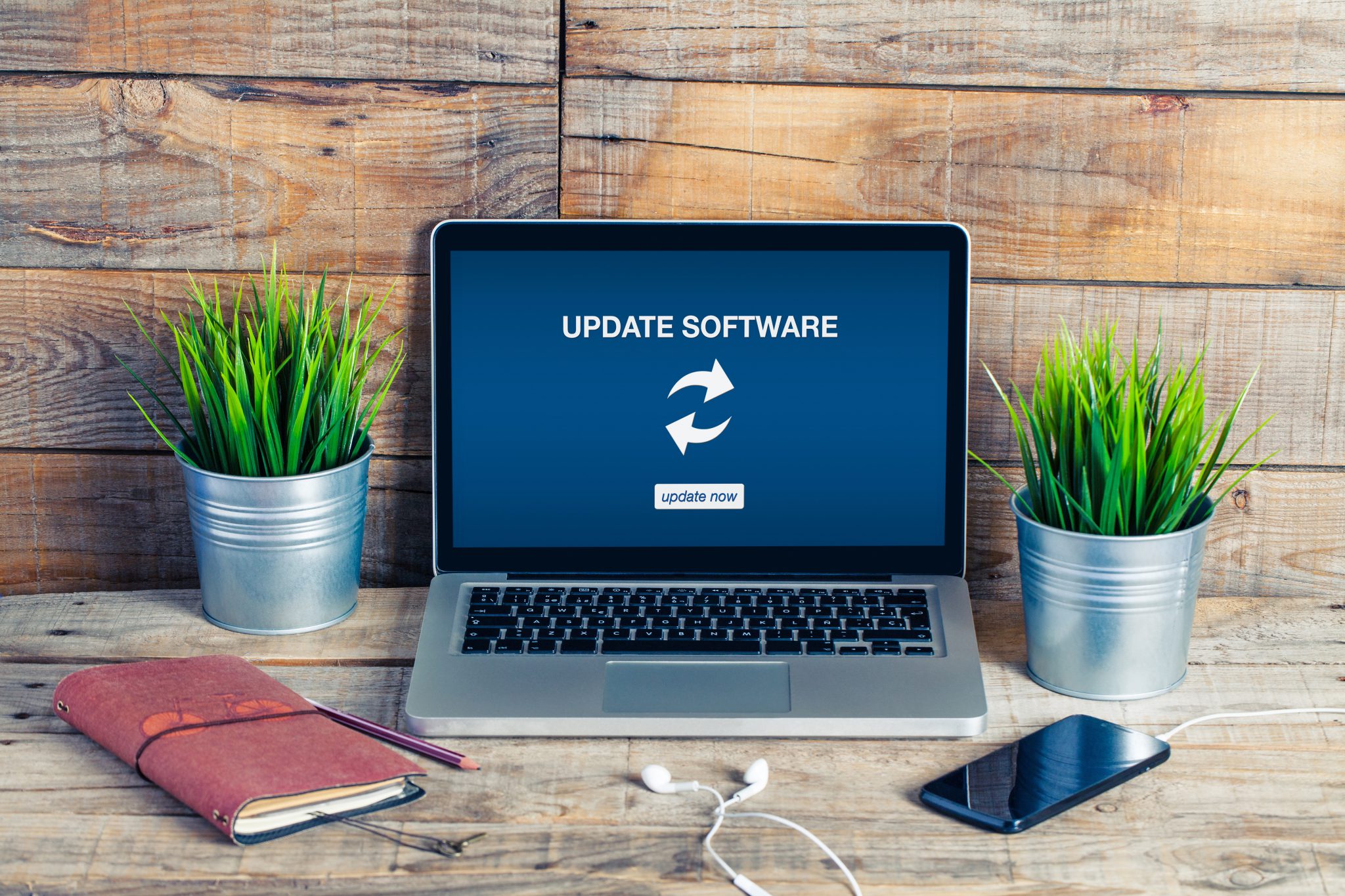 The Importance of Updating Software

If you have one or more proprietary software programmes installed on your business computers, it’s likely that from time to time, you’re interrupted by software update reminders. They can be a little bit annoying, especially if they happen to pop up when you’re busy with something important. It’s tempting to skip those software updates and just keep working, but is this really the best option? The fact is, software updates are a vital part of system security. If you fail to keep your business computers – all of them – updated properly, you risk making your system vulnerable to cyberattacks.

What are Software Updates For?

Why do you even need to update your software? If it’s functional when you purchase it, isn’t that good enough – and why do software developers release updates, anyway?

With most products, when you buy them, what you see is what you get. With software, it’s different. After releasing the finished product for purchase, software developers continue to work on the product: improving it, fixing problems, and correcting any security issues that are discovered. Every so often, the improvements they make to the software go “live” and then they’re available to be downloaded by anyone who owns the software. At that point, any computer that has the software installed will send a notification that an update is available.

The main things that software updates do are:

Why Software Updates are Vital for Your Business

Software update reminders can get annoying and updating software can sometimes be time-consuming. Both those updates serve some important purposes. Not updating your software can put your business at risk, in more ways than one.

Software is almost never released in a perfect condition – simply because it’s impossible for developers to test and fix every single way that a programme might break. Once a programme is released to the public, the thousands and millions of people who use it do so in many different ways. That’s when the majority of bugs are discovered. When that happens, software developers find ways to fix the problems, and release those fixes as software updates.

Another reason why software updates are important is that they may enhance some of the programme’s features, or even add new features. These are often considered non-essential updates, but even if they’re not important to your business, it’s still worthwhile updating, just to ensure that your software is fully compatible with what clients, customers, and peers are using.

Sometimes, software needs to be updated because of the way it interacts with other kinds of software. This is the case for any software programmes that interact with a computer system’s drivers. Drivers are software programmes that tell computer features such as graphics and sound how to function. When drivers are updated, computer software that interacts with the drivers sometimes needs to be updated too. These kinds of updates are crucial too, because without them, certain aspects of the computer system may not function correctly.

For many businesses, the most important reason to update software is to ensure that security vulnerabilities are addressed as soon as possible. The most active cybercriminals spend countless hours looking for vulnerabilities in the most popular, widely used software products. Those vulnerabilities are what allow them to attack and infect computer systems, and steal or encrypt sensitive data. By updating your computer systems, you ensure that your business has the best protection possible against cybercrime.

Without those all-important updates, your business is vulnerable – and so are your clients and customers. One example that illustrates this perfectly is that of credit-report company Equifax. In 2017, the company was attacked by hackers that stole personal information relating to around 140 million American citizens. The breach occurred in May 2017 – and the hackers gained entry to the system via a vulnerability could have been fixed two months earlier, had the company been on top of software updates. In fact, an extensive survey of the company found that its security practices and policies were outdated and infective, and that the company routinely failed to perform basic security measures, including updating software vulnerabilities. As a result, Equifax was hit with a massive lawsuit, and is committed to paying up to $425 million to consumers who were affected by the breach.

In the UK, and in 150 countries around the world, the WannaCry ransomware attacks caused even more havoc. In 2017, WannaCry infected over 10,000 organisations, including the NHS. As a result of the hack, more than 19,000 NHS appointments were cancelled, costing the NHS £20 million over the course of a single week. Resolving problems created by the hacks, and updating the NHS’ outdated systems, cost a further £72 million.

So, even though software updates may be annoying and time-consuming, they are absolutely essential. They ensure your business has the best, most up-to-date versions of the software it uses, protect against harmful cyberattacks that could cost your business more than it can afford.

If you have any concerns about cyber security in your organisation, get in touch with ACUTEC today.