Menu
Facts about VoIP for business 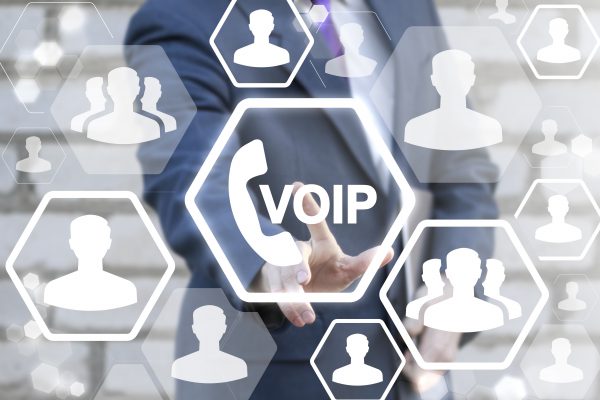 Facts about VoIP for business

How much do you know about VoIP? You might already be familiar with tools like Skype and WhatsApp if you’ve been using internet telephony (IP) at home to talk to friends and family living abroad. The fact is, as useful as VoIP is at home, it’s even more so in the workplace. If you haven’t been using VoIP in the office there are lots of great reasons to start.

VoIP stands for voice over internet protocol. It refers to the kind of phone service that works over the internet, rather than a standard telephone line. In contrast to analogue phone service, VoIP converts sound into a digital signal that’s capable of being transmitted via the internet.

VoIP was invented in the 1970s; the first VoIP transmission was sent in 1973, by researchers at the MIT Lincoln Lab in the US. However, it wasn’t until the 1990s that people could use VoIP in their home or office. At that time, businesses looking to cut costs realized that they could use VoIP for communication, without the heavy costs of long distance analogue phone services and equipment. As both businesses and consumers began to realize the benefits, the tech started to become more widely used. In 2003, Skype was released, making VoIP available to anyone with an internet connection and a computer.

Over a billion people use VoIP, either at home or in the workplace. You may not yet be one of them, but it’s never too late to change! There are benefits to be gained by using VoIP in the workplace, especially if you’re already using Microsoft Teams. If you’re not using VoIP, check out these facts about VoIP to learn about how it can benefit your workforce and your organisation.

One of the biggest advantages of VoIP—especially for organisations that have embraced the flexibility of Microsoft Teams—is how portable it is. Once you’re using VoIP, you’re not tied to any particular location in order to stay in touch. Connect your VoIP phone to any strong internet connection, and you’re ready to go.

Installation is simple and scalable

For Microsoft Teams users, one of the best things about VoIP is how incredibly easy it is to get up and running. If you’ve been using a combination of Teams and Skype for Business, it’s much easier than you think to transition from Skype to Teams.

And once you’re using Teams, it’s quick and easy to scale your network up or down depending on your needs. If you have an intake of several new employees, getting them up and running is as easy as adding them to the Microsoft Teams user database.

There is a lingering stigma associated with VoIP. In the 1990s, when the tech was first available to consumers and businesses, the call quality wasn’t always good. But that was then—now, with the superior equipment we have available, VoIP calling quality is excellent, easily on a par with that of analogue calling. There’s definitely no reason to avoid VoIP for this reason, as the quality of calls is consistently excellent.

VoIP is integrated into Microsoft Teams

As of March 2019, 500,000 organisations all over the world are using Microsoft Teams—not bad for a product that was released just 2 years ago! And Microsoft is now so invested in promoting Microsoft Teams and its integrated VoIP, the entire company has migrated from Skype for Business over to Microsoft Teams for all chat, calling, and meetings.

Does this mean that Skype for Business is on the way out? Not quite. If your organisation isn’t quite ready to make the switch, you can breathe a sigh of relief, as Microsoft will continue to support Skype for Business for the foreseeable future. However, it’s still important to note that if you’re using Microsoft Teams, using VoIP from within Teams has several advantages over Skype for Business.

The main advantage is that since VoIP is integrated into the Teams product, you can do pretty much everything right in Teams. So, there’s no need to switch to a different app to make a call, and the call and any related data are stored in the cloud for easy access. And unlike with Skype for Business, there are no extra plugins needed to get the full VoIP experience in Teams.

It’s Easy to Upgrade to VoIP in Microsoft Teams

If you’re using Microsoft Teams, your workforce will definitely benefit from using Teams VoIP! And, since Microsoft provides Teams customers with support and guidance to manage the transition, it’s easy to get up and running, so you can start to reap the benefits right away.