In 1997, UFA was launched as an educational charity for children and young people to engage with learning outside the normal school day – be that in the evenings, at weekends or during the holidays. The charity was evaluated by Birmingham University and due to the positive impact on the young people it engaged with, the Department for Education decided to roll out its service nationally in 1999. Since then, it has engaged with more than 500,000 young people and has worked with one-third of the local authorities in England, Wales and Northern Ireland as well as overseas. The impact the work has had on students outside school means much of what they do is now also being delivered in mainstream education as it is recognised as making a positive difference. As it stands today, UFA works with roughly 1,000 schools as well as other organisations such as museums, youth centres and libraries.

The Brief
‘ACUTEC listened and built a system to meet our requirements. We never once heard them say that the IT wouldn’t allow us to do what we wanted.’
– Chief Executive, Top Tutors

In March 2013, the trustees of UFA decided to invest in a commercial enterprise in order to generate profit that could then be pumped back into the charity. They bought a company called Top Tutors which is, essentially, a matching service between tutors – specialising in anything from academic subjects to guitar lessons – and students.

With over 2,000 tutors on its books, the company needed an IT system that could easily match the requirements of customers to the relevant tutors. And, according to Chief Executive Linda Gregory, they were coming from a standing start. She said: ‘We bought the company because of the synergy between it and UFA but unfortunately, there had been no IT investment in the business for 20 years! We were operating on a library card system for each tutor and would then match them with a request from a customer on a piece of paper. If there were two requests, you’d have to connect them together with a pencil and all of them would be spread out over a table. A little white bead would indicate that the job was urgent!’

‘It was clear that we needed to invest in IT to create a simple, easy to use system that could match a customer’s needs with a tutor’s expertise and to bring them together.’
What ACUTEC Did

ACUTEC used its entity framework as a starting point. entity is not a specific piece of software or application, it provides a framework for companies and organisations to better monitor, manage and control systems. Crucially, however, it does not have the feel of an ‘off-the-shelf’ package but a bespoke solution for the client. Using the entity framework is cost-effective but also offers the client a ‘unique’ solution, providing the best of both worlds.

In this case, ACUTEC created a database that could easily match to a customer’s needs when looking for a tutor and a dashboard system for the end-user that suited its personal approach to customer service. Linda said: ‘We are delighted with the system and it gives us real scope to grow the business – we hope to expand into new areas in 2014. To us, it felt like ACUTEC listened and built a system to meet our requirements. We never once heard them say that the IT wouldn’t allow us to do what we wanted.’

‘It was driven by the business, by what we wanted and needed to get out of the system. I have worked with IT companies before at a previous organisation and it felt like we had to fit in with their system rather than them fitting in to what we needed – it was the reverse with ACUTEC.’

The company were keen not to have a call-centre approach to customer service which could sometimes occur with similar systems. ACUTEC produced a very user-friendly, easy-to-use dashboard system that allows real interaction with the customer.

‘We couldn’t be more delighted with it.’
Summary

IT is not just a function that sits in the background of a business it now plays a major role in every element of a company – including customer service. Finding a solution that is bespoked to your company rather than a product that is off the shelf will always ensure you can deliver the service you want rather than the service the system allows. 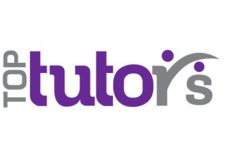