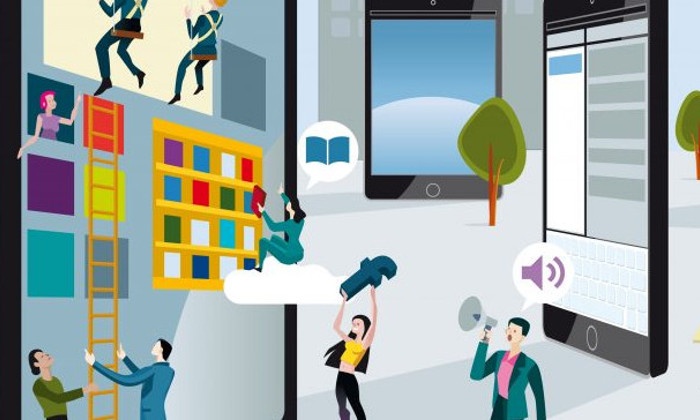 Reality and the virtual world are to starting collide in ways that we never would have thought of. Virtual reality is starting to seep into the ways that we use technology and live our lives. If you don’t know, virtual reality is where a computer simulates a user’s environment and presence to allow for interaction. The best and most recent example of this is Pokémon Go.

Pokémon Go is a game that launched in July based on the popular Pokémon franchise that began in the 90’s with video games and a TV show. Pokémon are ‘pocket monsters’ that you catch and train for battles. The game features augmented reality where virtual reality blends with real life.  Pokémon Go involves users being able to ‘catch’ Pokémon through an app on their phone. The game uses mapping technology enabling the user to walk the streets and catch Pokémon from real life locations. If you have a spent a lot of time in city centres recently you may noticed groups of people just glued to their phones, occasionally muttering ‘I caught a Squirtle!’

Enterprise Mobility + Security (EMS) is Microsoft’s latest array of products to help you to safeguard your business as it becomes more and more reliant on technology.

Mobility is becoming the new normal with 52% of information workers across 17 countries using 3 or more devices at work. Enterprise Mobility + Security has tools to help you manage your workforce’s devices and data. Here are our four highlights of EMS.

Sometimes people will leave organisations and passwords just aren’t changed, leaving your business vulnerable. Azure Active Directory in Enterprise Mobility + Security allows for users to be given a single sign-on account. By using single sign-on, organisations are able to deactivate user access with a click of a button rather than having to change many different passwords.

Everyone has sent an email accidentally to the wrong person. With Enterprise Mobility + Security, organisations are able to control this and make sure only authorised people are able to access certain things. With Microsoft Azure Rights Management Service, EMS is able to protect documents making it so that they can’t be edited, printed or copied. This way confidential data can be emailed and you know that it is still protected.

Enterprise Mobility + Security comes with Advanced Threat Analytics enabling an organisation to detect unusual behaviour, a little bit like your bank contacting you if you have been making payments in Las Vegas when you’re actually in Birmingham. EMS alerts you when there is anything unusual like hacking occurring enabling you to act quickly before any damage is done.

We thought we would summarise our thoughts from the blog into a handy slideshare that you can flick through. If you have any questions then please say hello and call us on  01675 469020 or email hello@acutec.co.uk.